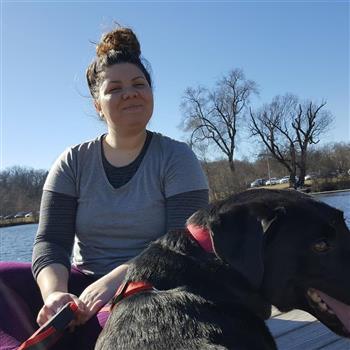 Welcome to My Fundraiser!

By now you probably know I'm running my first marathon (yay) but you might not know why or for whom I'm running. I've committed to raising $2,000 on behalf of PAWS Chicago by October 2022, to run in next year's Chicago Marathon as a member of "TEAM PAWS Chicago."

PAWS Chicago is a charity dedicated to building No Kill communities, starting with a No Kill Chicago, where all healthy and treatable pets are saved. Since its founding in 1997, the number of homeless animals euthanized per year in Chicago has dropped more than 80 percent. As an organization seeking to transform animal welfare, PAWS Chicago’s values are rooted in respect for every life, community, and compassion. Their commitment to financial stewardship, excellence, and transparency has led to PAWS Chicago's designation as a 4-Star Rated Charity by Charity Navigator for 19 consecutive years.

PAWS receives no government funding and relies solely on people like you to help provide continued care for Chicago's homeless animals. I hope you'll choose to support me by donating to PAWS Chicago.

If you want to stay updated on my training then follow me on social media (Instagram, Twitter, Facebook, or LinkedIn). I'm thrilled to share this important time in my life with you and am deeply grateful that you're choosing to be a part of it!