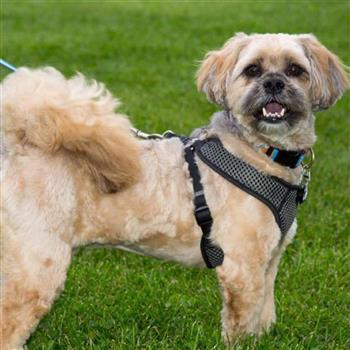 I am raising funds for PAWS Chicago. As many of you know, rescue is very important to me. 10 years ago in Southern Indiana, Teddy's mom was rescued from a puppy mill. Thanks to the loving care of her fosters, on August 27, 2010, she had Teddy and his siblings. I was able to adopt Teddy from the Humane Society and am so grateful for the hard work of the shelter, volunteers who saved his mom, and fosters who took care of him in those early years.

But rescue work costs money, especially when the rescue dedicates itself to the No Kill model. This is why I'm proud to work for and raise funds for PAWS Chicago.

PAWS Chicago (Pets Are Worth Saving) is a national model in No Kill animal sheltering, committed to bringing an end to the killing of homeless cats and dogs.  As Chicagoland’s largest No Kill shelter, and one of the largest in the nation, PAWS has helped to reduce the number of homeless pets killed in the city by 91% since its founding in 1997. To give you an idea of the impact, when I started PAWS 4 years ago, this statistic was 87%!

Thank you for your support!
Love,
Carrie and Teddy Monster

Beth Mensing
Any friend of Holly has to be a friend of mine!

Brooke Bronson
Nothing I love more than wine 🍷 & dogs 🐶!

Michelle Thalacker
Thanks for looking out for the wonderful four-leggeds in our world!

Belinda O'Kelly
For 12/4 event- as well as other great reasons!