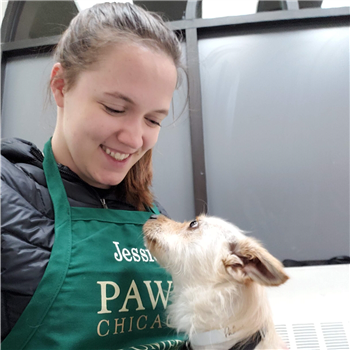 I started volunteering at PAWS four years ago because I wanted to spend some time with cute puppies. But four years later I have gotten more and more involved in PAWS because I see how deeply they care about all animals in the city, and their desire to not just find homes for pets but to make it so there are no homeless pets in the first place. Everyone at PAWS works so hard day and night to make that dream possible, and I support them not only with my time but with my dollars too because I know that it is a worthy cause that puts the funds to good use.

Here is what PAWS has to say about their cause:

Every year in Chicago, nearly 9,000 cats and dogs are euthanized because they simply don’t have a place to call home.